From fields of battle to football fields

This past Wednesday the nation celebrated Veterans Day. Over 2,000 National Football League players, coaches and contributors served a branch of the United States military. Of those, more than 1,200 served in active duty, 26 lost their lives in combat and three would receive the Congressional Medal of Honor.

The Pro Football Hall of Fame preserves each of their tremendous stories inside the Ralph Wilson, Jr. Pro Football Research and Preservation Center.

Eddie LeBaron Jr.’s life story showcases how closely the values between the U.S. military and those instilled by playing football align. 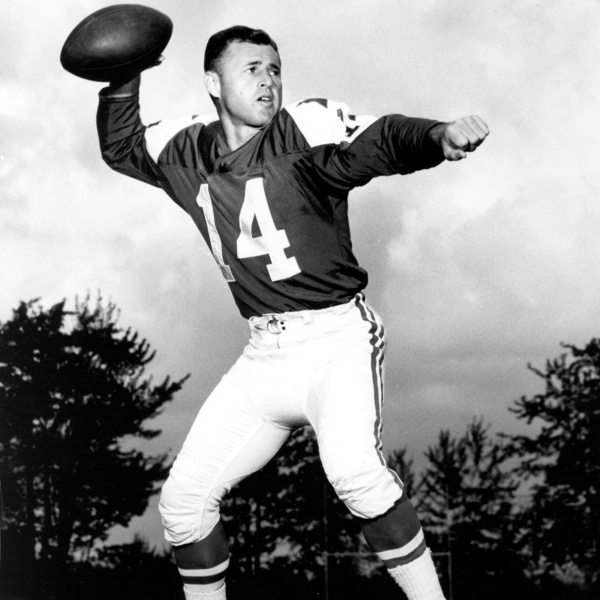 A former NFL quarterback, LeBaron, who stood 5-foot-7, often was referred to as the "Littlest General." The reference, however, was as much in praise of his leadership skills and military record as it was about his physical stature.

LeBaron was a record-setting college football sensation coached by Amos Alonzo Stagg at the University of the Pacific before being selected in the 10th round of the 1950 NFL Draft by Washington.

During training camp in August of 1950, however, LeBaron was informed he was being called to active duty for the Korean War with the U.S. Marine Corps. He spent nine months in Korea as a second lieutenant on the front line, where he was wounded twice in combat. 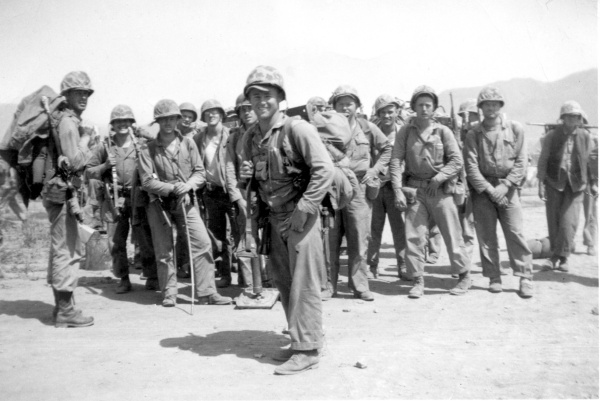 During a hard-fought battle at Korea's Heartbreak Ridge, LeBaron left cover under heavy fire to contact the forward observation post of a mortar platoon in sight of the enemy. After, an assaulting rifle platoon in his area lost its commander, LeBaron took charge and resumed the attack. For his heroic efforts, he was awarded the Bronze Star and Purple Heart.

“Being a commander during a war is somewhat like being a quarterback in that you have control over a bunch of other guys, and you don't want to make a mistake on their behalf,” LeBaron once said. “The big difference, of course, is throwing an interception compared to watching one of your men shot and killed.”

LeBaron eventually returned from service to play in the NFL, winning Rookie of the Year honors in 1952. He spent seven seasons in Washington and would earn a law degree while playing.

He was set to retire from the NFL and begin a career in law when future Hall of Famers Tex Schramm, Gil Brandt and Tom Landry persuaded him to sign with Dallas and become the expansion Cowboys’ first starting quarterback. He played four seasons with the team (1960-63).

The “Littlest General” was a four-time Pro Bowl selection during his 11-year career. He completed 898 passes for 13,399 yards and 104 touchdowns while adding 650 yards and nine touchdowns on the ground.

After retiring, LeBaron practiced law and became a CBS-TV football announcer. He also would go on to serve as the general manager of the Atlanta Falcons (1977-1982) and become the team's executive vice president/chief operating officer (1982-1985).

LeBaron was honored by the Pro Football Hall of Fame in 2002 when he was the featured speaker in the Hall of Fame’s “A Salute to Veterans” program. He talked of his military service and how the values and skills he learned while serving our country helped him succeed on the football field and in his professional life afterward.

In a 2006 Stockton Record interview, LeBaron said, “When I was a little kid, I wanted to be a football player, a Marine and successful in business.”

He accomplished those goals by leaning on values such as commitment, integrity, courage, respect and perseverance.