Professional football has evolved a great deal since its start nearly 130 years ago. Milestone achievements and advancements have been made both on and off the field by nearly everyone associated with the game. And, while pro football is accustomed to its crowning moments making headlines, there are many other interesting tidbits, fascinating stories and oddities to be shared as well.

Week 15 of the 2011 National Football League season was a high point for Indianapolis Colts and a low point for the Green Bay Packers. The Colts avoided a winless season with their 27-13 victory over the Tennessee Titans. On the same day, the Packers’ 19-game (regular and postseason) winning streak ended with a loss to the Kansas City Chiefs, 19-14, halting their bid for an undefeated season.

Astonishingly, this marked only the third time in the NFL’s history that a team without a loss was defeated on the same day a team without a win was victorious at least 11 games into a season.

Interestingly, this anomaly first took place on the final day of the 12-game 1953 regular season, when the Chicago Cardinals defeated the Chicago Bears 24-17 at Wrigley Field and the Cleveland Browns fell at home to the Philadelphia Eagles 42-27. Who could have expected the Cardinals to avoid a winless season and the Browns to let a perfect 12-0 record slip away? 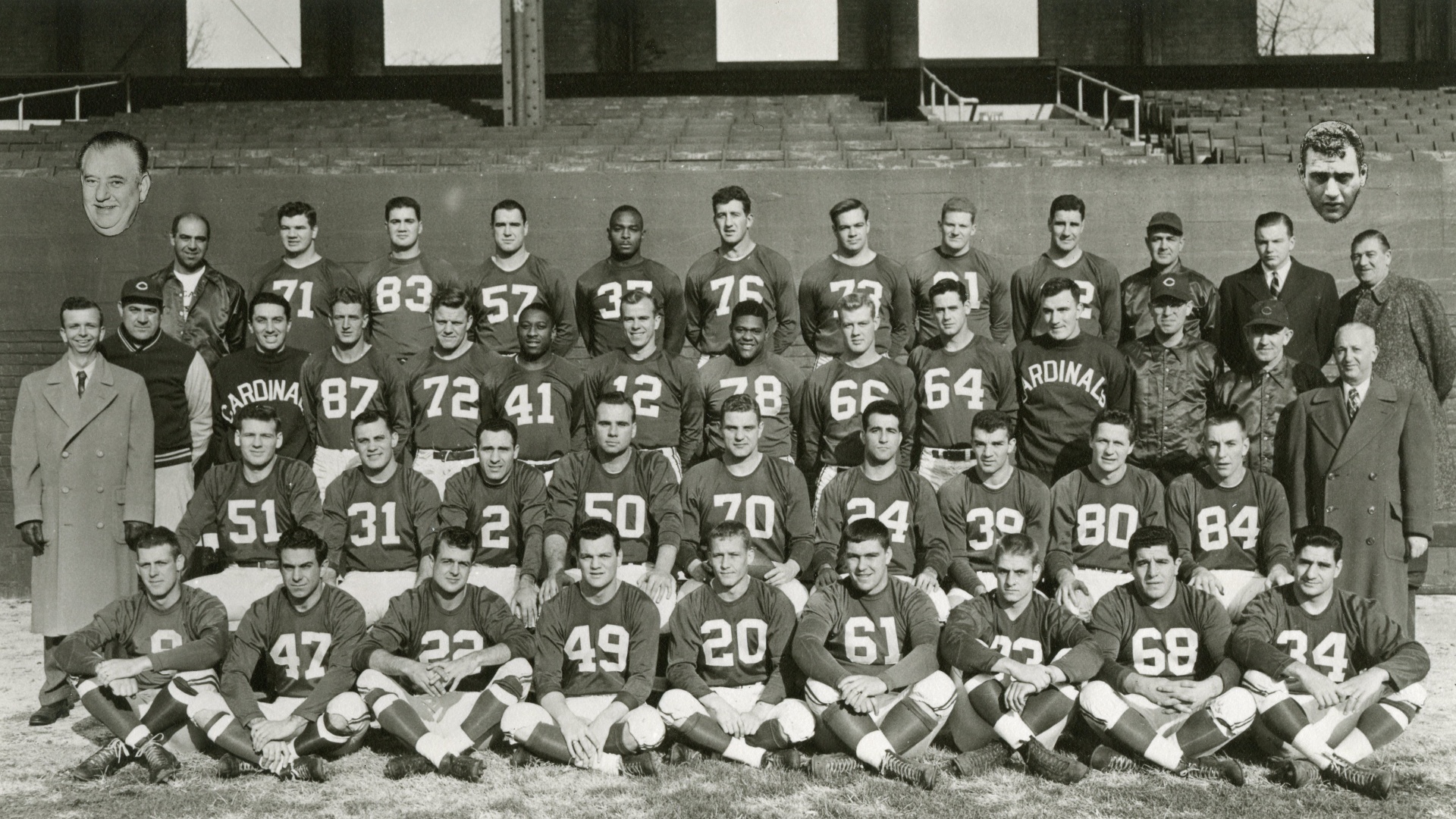 For the Cardinals, their glory days by then were a distant memory. They had won their last NFL championship in 1947 and were amid their fourth consecutive losing season. The Cardinals entered the season finale against the Bears with a 0-10-1 record under first-year head coach Joe Stydahar. A former Bears tackle, Stydahar desperately wanted a victory over his mentor, George Halas, and the Cardinals responded with an inspired performance. After falling behind early 10-0, the Cardinals capitalized on three Bears mistakes (a fumble, an interception and a muffed punt) and scored 24 unanswered points.

The Browns were looking to become only the third team in NFL history to finish a regular season unbeaten and untied, but instead the Eagles smothered those hopes. Cleveland jumped ahead early, 10-0, with an Otto Graham touchdown pass and a Lou Groza field goal. Philadelphia answered with two long, sustained touchdown drives in the second quarter and took a 14-13 lead into halftime. 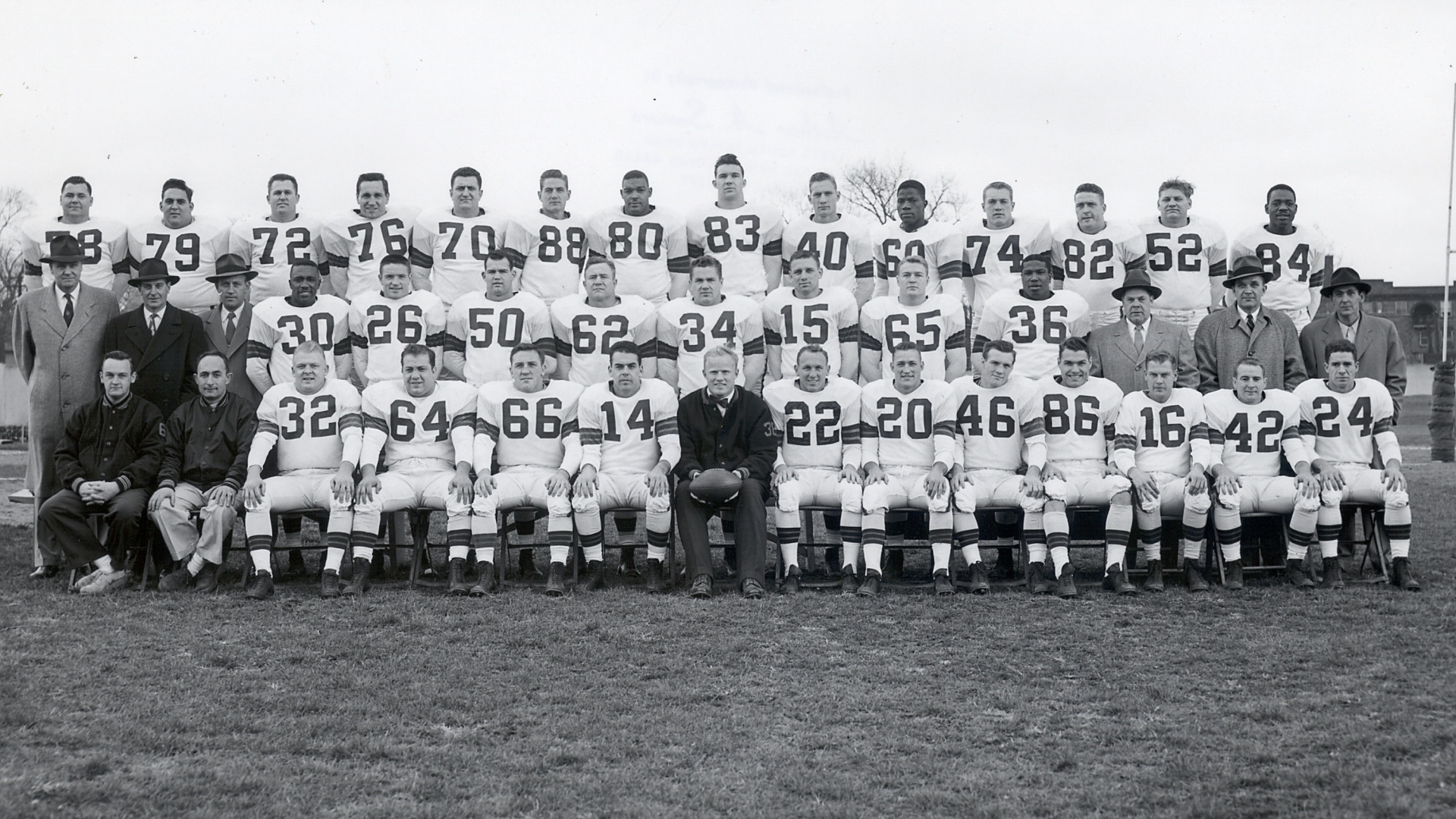 The Browns grabbed the lead for the last time early in the third quarter on Graham’s second touchdown pass of the day. Staring at a 20-14 deficit, the Eagles’ offense went to work and scored the next 28 points to take a commanding 42-20 lead. The Philadelphia defense sealed Cleveland’s fate in the fourth quarter, repeatedly dumping Graham for losses. Backup quarterback George Ratterman came in and finished the game, adding a late touchdown for the final score.

Unfortunately for the Browns, the damage was done, and their unblemished season was no more. Cleveland still won the NFL Eastern Conference and a berth to play in the NFL title game against the Detroit Lions, but the chance for perfection had eluded them.

Throughout the years – whether the NFL schedule has been 12, 14, 16 or now 17 games – one thing is certain: Perfection is always the goal, and it is a very tough thing to achieve.